The uncertainties that flowed into 2017 as a result of the unexpected events of 2016 are beginning to become clearer, and insurers can begin to adjust their asset allocation accordingly. Asa Gibson reports

With the announcement of UK prime minister Theresa May's Brexit negotiation plan and the inauguration of president-elect Donald Trump this week, the investment landscape for insurers in 2017 is becoming a little clearer.

May's speech on Tuesday (17 January) revealed the UK government's 12-point plan heading into the Brexit negotiations with the EU, which could begin towards the end of the first quarter with May's preference to trigger Article 50 in March.

She made clear that the UK government will not seek to remain a member of the single market but will pursue a "comprehensive free trade agreement" (FTA). This arrangement could use the single market as a building block, according to Axa Investment Management's (Axa IM) head of research & investment strategy David Page.

"Almost all of us are lost on how to interpret the eye-catching flow of tweets from president-elect Trump," Valentijn van Nieuwenhuijzen, NN IP.

"Such an outcome is unlikely to prove an easy or quick process," he says, adding that the two-year timeframe to execute Article 50 would not be sufficient to negotiate the arrangement.

"Triggering Article 50 in March will make this timetable effectively shorter still, with a risk that key EU nations could be preoccupied with domestic elections over the first few quarters of the negotiations."

Page refers to elections in France and Germany in particular. France's presidential election in May will see far-right candidate Marine Le Pen attempt to capture public hearts with shades of Trump and Brexit ringleader Nigel Farage. German chancellor Angela Merkel will face competition from far-right anti-immigration group Alternativ für Deutschland, which is polling at about 11%, when the German Bundestag (lower house) is elected on 24 September.

"The UK faces a difficult and likely protracted phase of negotiation after it triggers Article 50. We see this as contributing to uncertainty, particularly if progress on a transition deal is slow, which could weigh on business investment," Page adds. 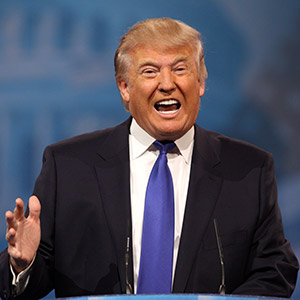 Investors may find more comfort on the other side of the Atlantic. Trump's inauguration on Friday (20 January) will offer another glimpse at what markets can expect from Trump's administration.

US equities and 10-year Treasuries were immediate beneficiaries following Trump's victory over Democrat candidate Hilary Clinton, and the president-elect had hinted at increased infrastructure spending throughout his campaign, giving long-term investors something to smile about.

In December – one month after his victory – the Federal Reserve raised interest rates for the first time in a year by 0.25%, and the Fed expects another three hikes in 2017 (of up to 0.75% combined) on the back of Trump's promise of inflationary fiscal stimulus.

He says that three-year Treasury notes are typically a mainstay of short duration funds, and would suffer a capital loss of about 1.5% in the event of a 0.5% rise in their yield following a commensurate move in US interest rates.

"When rates went up in the fourth quarter of 2016, three-year treasuries doubled in yield, which will have left many short duration funds underwater," Hull says.

"Markets expect another two or three rate rises this year and you have to ask whether investors would be better off hedging that interest rate exposure and volatility."

Absolute return bond funds, in seeking to profit from higher rates, are much better placed to address the risks which affect short-dated bond strategies, Hull adds.

"Higher rates can present opportunities in the yield curve, which can offset capital losses within absolute return portfolios," he says. "For example, we will select high quality short-dated corporate bonds within our Absolute Return Bond Global Fund, but we will also use global cash and derivative bond instruments to implement paired or hedging strategies to protect the portfolio in different market conditions."

The political uncertainty in Europe and the US offers further potential credit risk events, says Hull. "Spread product is likely to have a solid year, but in this environment it is likely that markets will be volatile. Short-duration credit funds will get some of this benefit – but they may not offer investors as much protection as they aim to." 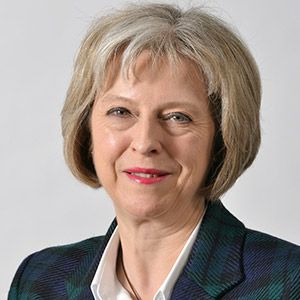 "It might be right to assume that the increased uncertainty around the US's economic and political interaction with the rest of the world justifies higher risk premia in markets," he says, "but markets will never neglect what is happening to the global business cycle, inflation and corporate profits and defaults, for which the news has improved substantially."

Events in the second half of 2016 have ensured 2017 will be another challenging year for investment officers, but May's speech has at least offered investors some intelligence about what the next 12 months will entail. Trump's inauguration could paint a bigger picture – but if his social media activity is anything to go by, it might be wise not to give too much credence to everything the incoming president says.

"Almost all of us are lost on how to interpret the eye-catching flow of tweets from president-elect Trump," says Nieuwenhuijzen. "The insecurity that this creates in society confuses many and creates a widely-shared impression that it is more impossible than ever to foresee what negative shocks will hit in 2017.

"Does this mean we are now simply clueless on what this year will bring for markets? If markets were only driven by politics then we might be, but one of the crucial lessons from last year is that they are not," he adds.

Equities and treasuries pumped on Trump