Solvency II will impact how insurers manage their assets, but the effects will depend on their size and the business mix. Christopher Cundy and Hardeep Dhillon report from InsuranceERM's Insurance Asset Risk conference

The introduction of Solvency II is bringing many fresh challenges to European re/insurers, not least on investment strategy, delegates at the Insurance Asset Risk conference heard.

"Risk-based regulation is here to stay and being good at ALM is going to be a key differentiator," he said.

An argument to outsource?

Executing a sound investment strategy under Solvency II requires certain skills and capabilities that not every insurance company has in-house. For example, if insurers wish to take advantage of the matching adjustment (MA) in Solvency II – a special measure for insurers who buy and hold assets to reduce their exposure to volatility in credit spreads – then specific assets have to be sourced.

"Designing a matching adjustment portfolio is not trivial and it can make a huge difference to a balance sheet," Porteous said. The MA is particularly useful for insurers with annuities and Porteous cited an example where a firm's annuity liabilities represented 3% the total liabilities on its balance sheet, but with the MA it could get a 20% increase in excess capital.

Applying to the regulator to use the MA will also be onerous and together this could be an incentive to outsource asset management, particularly for smaller insurers.

Robert Groves, head of investment and ALM at insurer Friends Life, said he struggled with the view that Solvency II would be a driver for outsourcing, especially among firms that had been running internal models for some time. For most insurers, the attractiveness of assets do not change radically with Solvency II and firms are only likely to outsource when they do not have the skills or scale to source the assets through in-house teams, he said.

Solvency II could provide incentives to bring asset management in-house, said Feifei Zhang, technical director for required capital assumption methodology at insurer Aviva. Acquiring the right management information is a bigger challenge for an external manager as they will not be fully integrated into the risk reporting system, and they are unlikely to have as much understanding of the business as in-house teams, he said.

"Designing a matching adjustment portfolio is not trivial and it can make a huge difference to a balance sheet." Bruce Porteous, SLI

Regardless of Solvency II, insurers should pick the best asset manager for the asset class concerned, irrespective of whether the manager is internal or external, said Groves.

But he and other panellists acknowledged that hiring specialists in the more obscure asset classes was challenging, and they noted a talent shortage in sectors such as infrastructure where many insurers are scrambling to form teams.

On the other hand, employing an asset manager is not always a short cut. From the initial instruction, it can take 12-18 months for asset managers to source infrastructure projects, Porteous said.

Henrietta Tait, head of capital management at LV=, a UK mutual insurer with both life and general insurance divisions and which outsources its asset management, said that Solvency II would mean insurers working more closely with their asset managers.

With economic capital becoming a predominant metric, asset managers would need to understand the implications of investment decisions on the capital model. And as Zhang noted, Solvency II expects asset managers to follow the 'use test'. This would not change LV='s decision to outsource its asset management, Tait said, but closer cooperation would be needed as "we cannot hand over internal model in the mandate."

Tait also suggested Solvency II would change how MA portfolios would be managed. There are restrictions on how assets in MA portfolios can be swapped and, depending on how the rules pan out, insurers may end up with a much more passive approach to MA portfolios – particularly if insurers are required to match the cash-flow profile of replacement assets.

Dealing with the conundrums

Paul Fulcher, managing director for ALM structuring at investment bank Nomura, said firms face many conundrums with the introduction of Solvency II, specifically on the elements of the long-term guarantees (LTG) package that was recently added to the legislation to help stabilise capital requirements.

Disputes are likely to arise around the use of the volatility balancer, he said, as the UK regulator is understood to be against its use, while French and German regulators are more accepting. This may make it difficult for UK firms with mainland European operations to compete with firms that are based in those countries.

He said one positive of Solvency II is that it is encouraging firms to think about the three dimensions of bond returns: the duration, credit risk and liquidity.

Regarding duration, insurers would need to hedge as close as they can to the risk-free rate – a difficult task because the elements that go into calculating the risk-free rate are so volatile, Fulcher said. Taking on credit risk is only good for firms if they can convince the regulator that the asset should qualify for the MA. Meanwhile, Solvency II is pushing people to take liquidity risk – for example, through private placements instead of public bonds.

Remaining a long-term investor under a regime that does not really encourage it is obviously challenging, Fulcher said. He suggested insurers could lobby for the rules to be changed further; firms could also hold more buffer capital, but that may make products too expensive; hedging strategies can be used to effectively provide contingent capital; or assets should be diversified into those that perform well in a crisis.

Thomas Béhar, chief actuary officer for CNP Assurances, France's leading life insurer, said the biggest impacts from Solvency II come from having to define risk appetite across all functions and cope with the volatility in solvency capital requirements. 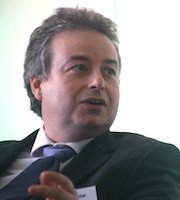 The three basic factors contributing to the solvency capital requirement (SCR) are the liabilities, operational risks and assets. The first two are harder to change than the asset mix, and this means that insurers are being pushed to invest in less risky assets.

The SCR will be much more volatile under Solvency II, so more of the asset mix will be dedicated to liquid and less volatile assets, such as cash.

Within CNP Assurances, the chief risk officer (CRO) has taken on a greater role. The firm has had a strong ALM and modelling function for many years, and a good dialogue between the asset and the liability side. But the CRO has become the third player – partly because Solvency II requires decisions to be tracked.

Asset managers should take responsibility for asset data reporting – although insurance firms play a key part in this process. This was the consensus from panellists at the Insurance Asset Risk conference.

Erik Vynckier, chief investment officer at investment manager AllianceBernstein said it was the asset manager's job and his firm was already handing over raw data to its client base that it had purchased. "We manage assets for clients and they are entitled to understand what they are invested in," he said. 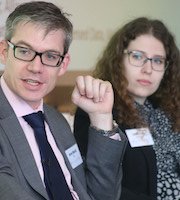 He added that data vendors should take a flexible view and allow asset managers to pass data on to clients and not charge both the asset manager and insurance client.

Barney Wanstall, director at consultancy PwC, noted that insurers will ultimately be held responsible for the quality and accuracy of data. However, he added that the majority of insurers, especially the smaller firms, would view the asset manager as the source of data and have a shared responsibility.

Sashka Simic, product manager at investment research firm Morningstar, concurred, saying that insurance companies need to define exactly which data elements they expect from the asset manager and take an active role in clarifying any ambiguous definitions. She added that data providers should develop business models that do not double-charge the industry.

By contrast, Chris Price, head of UK industry solutions at Deutsche Asset & Wealth Management, disagreed, stating that it was the client's responsibility rather than the asset manager. He believed there were a number of solutions to deal with the data problem.

"We manage assets for clients and they are entitled to understand what they are invested in." Erik Vynckier, AllianceBernstein

For example, clients that use multiple managers would find it impossible for one asset manager to consolidate data from its peer group.

Other clients prefer to aggregate the data and undertake the validation work and simply ask asset managers for minor enhancements to the data. Some clients would expect their custodian to do the work for them, a point that one delegate believed could be a major development for the industry.

Price also noted that the third-party service providers are looking to extract line-by-line data across funds, aggregate this and export them to the insurers.

Clara Yan, director at risk analytics provider UBS Delta, said clients have different expectations about when asset managers need to deliver data by. Simic said that some insurers are asking for data very quickly - less than five days after month-end - because they have so much internal processing to do. But data is typically being transmitted 10-15 days after month-end, she said.

Could Japanese equities be the 2020 surprise for global investors?

Helvetia invests for a second time in German start-up