More EEA insurers invested directly in real estate equity in 2020 compared to 2019, however their combined investments dropped year-on-year by 5% to €125.9bn, according to research by Insurance Asset Risk.

From March to December 2020, there was a lot of conversation around the future of working arrangements, Ashwin Belur, director in the Insurance Investment Team (IIT) at Willis Tower Watson (WTW), noted.

"There were questions around the value of all the office space– both prime and secondary - and how that value might evolve over time," Belur said. "And that might explain the drop in investments."

Even today, many people are still working from home, going into the office a couple of days a week, he continued. "So it is still probably an open question right now."

There was understandable nervousness amongst institutional investors about the prospect of some real estate sub-sectors following the onset of COVID-19, Gareth Sutcliffe, head of WTW's IIT, added.

With the pandemic the retail move to online has accelerated, and that has "affected one of the three traditional property sub sectors", he continued. And while valuations of prime office space are holding up very well, in the UK at least, it's not clear how prices will evolve over the long term, Sutcliffe said. How usage of secondary office space will evolve is unclear, too, he added.

Because of all these uncertainties, it is understandable why some investors may chose not to participate, Sutcliffe said.

"On the flipsides, I see some insurers thinking much harder about what might have been considered 'alternative real estate' sub-sectors, like healthcare," he said.

Only 735 EEA insurers, out of the 1,932 solo entities included in Insurance Risk Data database, were investing directly in real estate equity in 2020 compared to 720 out of 1,889 in the previous year. 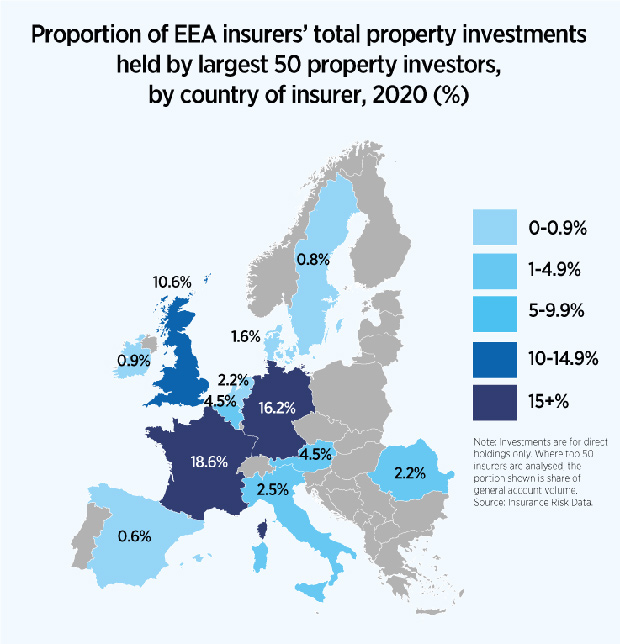 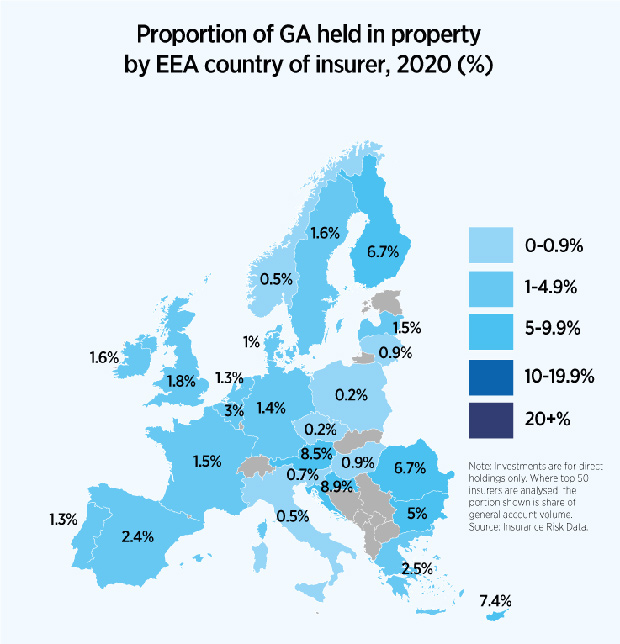 Financial and investment data for over 3,000 insurers in Europe and Bermuda is available to users of Insurance Risk Data, a database from Field Gibson Media, Insurance Asset Risk's publisher. It includes European insurers' financial and regulatory filings, including Solvency II SFCR disclosures, into a single, comprehensive and user-friendly database. Click here for a demo/free trial or for more information contact phil.manley@fieldgibsonmedia.com.

Insurers have options against inflation, but concerns persist