Nippon Life Insurance, with $700.2 billion of assets, has incorporated ESG into its investment approach, with a particular focus on bonds.

Since April 2014, Nippon Life has invested about ¥370 billion ($3.3 billion) in ESG-themed investments, including green bonds, social bonds and renewable energy projects. It increased its target for these investments from ¥200 billion to ¥700 billion in its new mid-term management plan for FY 2017-2020.

Naoki Akiyama, general manager at Nippon Life Insurance, says that it is also part of its overall investment strategy: "It's not just about investing in ESG. Firstly, as an investor, you need a 'backbone' and a fundamental investment guideline based on which you also want to contribute to ESG."

The insurer also launched a sustainable equity fund last year, to which it allocated ¥5 billion. The Global SDGs Equity Investment Fund invests in companies that will benefit from the rising demand for UN Sustainable Development Goal (SDG)-related business. 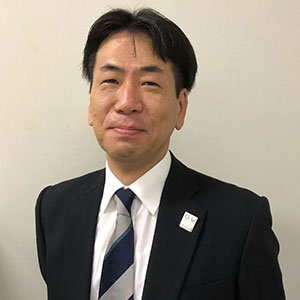 Nippon Life was also the first Japanese institutional investor to divest from coal due to environmental concerns.

Akiyama explains the importance of bonds to the insurer's business: "As we deal with and calculate life insurance contracts, we guarantee them for 20, 30 years to fixed yields and fixed interest rates. Bonds and loans are suitable for this asset management style, more than stocks, and that is our focus," he says.

Akiyama views ESG investing from a financial return perspective. He said Nippon Life looks for bonds with "high returns" and "higher yield that have a credit spread".

The insurer is proactively asking issuers to issue green, social and sustainability bonds to stimulate the market.

"We can contribute to the market by approaching issuers and help to increase the amount of issued bonds, rather than just buying them," Akiyama explains.

Tokio Marine Group prioritises collaborating with the broader insurance sector via initiatives, and lobbying the government as part of its response to climate change.

Masaaki Nagamura, general manager for international initiatives in the strategy and synergy department at Tokio Marine Holdings, explains that the insurance company is helping to design Japan's long-term energy policy on how to attract new investments for renewable energy technology.

"That is being held by Prime Minister Abe's commission on long-term strategy to align the country's policy to the Paris Agreement. We are deeply involved in that communication," he says. 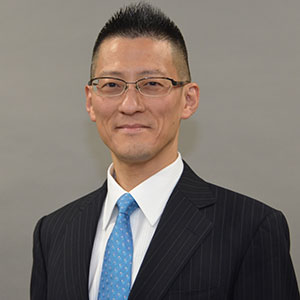 Japan's dependence on coal increased after the Fukushima nuclear accident in 2011, as it led to the retirement and temporary shutdown of many of its nuclear power plants.

In Nagamura's view, contributing to the nation's energy policy is the most effective way for the insurer to deal with risks from climate change.

"It is really important to have a national consensus," he argues. "We are making all efforts to make that happen to expedite the building of such common understanding, which should include what type of energy source the national government will push for in the future."

Nagamura says: "We have already done internal analysis on how the Representative Concentration Pathway (RCP) 4.5 or 8.5 scenario will have an impact on our business.

"It certainly has a dramatic increase in our loss pay outs. Those [results] are incorporated in our future strategy."

RCP are concentration pathways for greenhouse gas and other emissions, which are used for different scenarios in climate models.

Managing risks strategically through future scenarios and risk modelling is an important feature of the group's climate risk dealing.

Tsuyoshi Nagano, president and group CEO of Tokio Marine Holdings, is a vice chairman of the Geneva Association, a global insurance industry think tank, which develops innovative risk models. Nagamura himself was also formerly a member of the TCFD, which also proposed future risk scenarios to companies and investors in its guidelines.

In terms of ESG investments Tokio Marine Asset Management, the group's asset manager responsible for $59.1 billion of assets, regards ESG as an evaluation tool that builds the foundation to support medium-to-long-term returns. 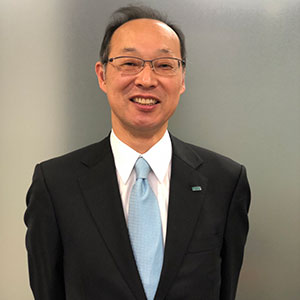 In 2017, Tokio Marine Asset Management launched the Tokio Marine Low-Carbon Japanese Equity Fund. The fund's holdings are Japanese companies from the TOPIX index that are working to reduce carbon emissions. Its portfolio has half the carbon intensity of the TOPIX.

Nagamura adds that the company plans to outline an ESG policy within about a year. However, he comes back to the need that, fundamentally, Japan's energy policy has to drive the low-carbon energy transition, rather than investors.

"We really need to have that clear signal from the government. Otherwise, it becomes really difficult to attract a new flow of investment and that really suppresses us to the status quo thinking," he argues.

MS&AD Insurance Group has made engagement a key part of its approach to tackle climate change.

In 2017, Mitsui Sumitomo Insurance and Aioi Nissay Dowa Insurance engaged with 481 companies, including on their efforts to reduce carbon dioxide.

Keiichi Nakajima, general manager for investment planning at MS&AD Insurance Group Holdings, says: "We believe in talking with companies about this very important [climate risk] topic – for them and for us."

"Some people believe that divestment has a signaling effect," adds Hiroko Urashima, manager at the sustainability section at MS&AD Insurance Group Holdings.

"But we believe rather in dialogues with companies, not just in mere signals, and to explain them properly [about climate risks], as walking together means creating together." 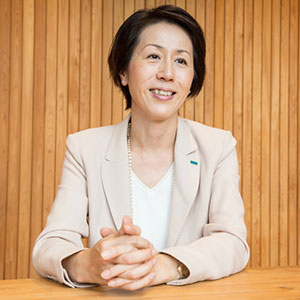 The group also deals with the climate change risks of many of its corporate insurance policy holders, which can receive consulting services through its risk consulting company MS&AD InterRisk Research & Consulting.

The consulting company provides risk management and solution services globally to prevent disasters, including how to plan and implement ESG strategies, and how companies can disclose climate risks and opportunities to investors.

An ESG package solution for companies was launched in 2017 as a response to the final report by the Task Force on Climate-Related Financial Disclosures (TCFD), which calls on companies to disclose information on climate-related risks and opportunities.

The firm has also offered a TCFD consulting service since July 2018.

Urashima explains: "We do risk and scenario analysis for our clients and explain to them how their businesses will be forced to change and what will become a big risk to their businesses, not only physical risks to our clients' factories and warehouses, but also transition risks arising from policy, technology, market and reputational risks."

The group is also increasingly turning to ESG investing.

For example, it invested ¥13.5 billion in a 'sustainable development bond' supporting developing countries in 2017. Nakajima reveals that the insurer plans to set up ESG funds for different asset classes. As a first step, for 2019, he says the insurer is looking at launching a sustainability or green-themed bond fund with a target size of ¥10 billion.

The group also works on an ESG investment roadmap and a concrete action plan for its ESG activities that will be set up in 2019.

No hunt for yield Down Under

Coronavirus impact: no need to panic yet