Soaring interest rates and economic turmoil are causing problems for Argentine insurers, and they must also adapt to new rules preventing them from investing in their favourite financial instrument. Vincent Huck reports

In 2005, then Argentinian president Néstor Kirchner upon paying off his country's debt, vowed that Argentina would never again go to the International Monetary Fund (IMF) for money. In the 12 years that followed, Kirchner died of cardiac arrest, his wife, Cristina, held the presidency for two terms before her party lost the 2015 election to centre right candidate Mauricio Macri... And now Argentina is back on the IMF doorsteps.

The more business-friendly and liberal-driven Macri government negotiated a three-year $50bn loan with the IMF after a run on the Argentinian peso. The currency lost almost a fifth of its value in a fortnight as the US interest rate hike pressured emerging markets.

"The IMF is the lender of last resort," Allianz Argentina's chief investment officer Fernando Albano says. "If you go there, it means you don't have enough support from the financial market. Hopefully the agreement will help to finance the deficit of the fiscal account and current account."

However, IMF deals are never free, and Argentina is well placed to know it. Néstor Kirchner had described the organisation's imposed austerity measures as causing "exclusion, poverty, destitution and the destruction of our production apparatus".

With the latest loan deal, Argentina has committed to a lower fiscal deficit and as a result the expectations for economic growth have lowered.

The government has now forecasted growth at below 1.5% for 2018, when six months ago the forecast was at 3%, Albano says.

"On the one hand, [the IMF deal] is good because it should restore confidence – you can't be Argentina and have a fiscal deficit of four percentage points of GDP for ever, nobody will finance that taking into account our history," he summarises.

"But on the other hand, it means fiscal adjustment, worse living conditions for the Argentine population and lower support for the government."

Unpopular decisions by the government might turn against them, as the country will head for presidential elections in October of next year. "The government will need Argentina to win the World Cup to distract people from the fiscal adjustments," Albano jokes. 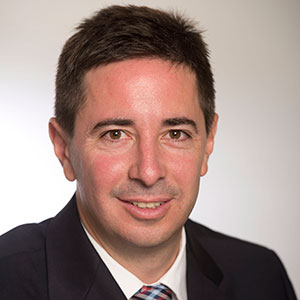 To counter the US rates increase, which have taken investors away from pesos, the Central Bank of Argentina in May raised interest rates to 40% from 33.25%, a day after they were raised from 30.25%. In March, rates were at 27.25%.

Dollar-denominated bond spreads have been increasing, he continues. "We still have to know how US inflation will evolve, but if the Fed increases two or three more times the US interest rates that will hit emerging markets and Argentina will not be an exception."

Beyond macroeconomics, insurers have been grappling with new investments rules introduced by the government at the end of last year.

Argentine insurers' portfolios were heavily concentrated in short-term central bank notes, known as Lebacs. But the government decided to limit insurers ability to invest in those instruments by ruling that only surplus capital could be invested in Lebacs.

"Most insurers were investing up to 50% of their portfolio in Lebacs," Albano says. "Because they were short-term local denominated instruments, which were somehow risk-free with really attractive rates."

The government decision aimed to shift insurers' investments towards sovereign and corporate bonds, as Lebacs are not public debt. But the decision wasn't well received by insurers, who had to rethink their whole investment strategy.

"We didn't like that measure at all, because it happened from one day to the next and they didn't ask us for our opinion in the matter," Albano says. "It reminded us of the former government."

Insurers found it hard to adapt to the change. The government was expected to issue debt to make the portfolio shift easier, Albano explains. While the authorities did issue a couple of bonds similar to the Lebacs characteristics, high volatility meant that they quickly stopped issuing those, and insurers are now struggling to adapt.

"Some insurance companies have increased their exposure to corporate bonds, which means having more trade risk in their portfolio," Albano lamented. "But there are not many other choices. Although domestic companies are usually more aggressive when it comes to investment policies, international companies have more conservative policies as we follow our shareholders appetite."

A spokesperson for MetLife Argentina told Insurance Asset Risk that the company understood the resolution to eliminate Lebacs from the list of eligible assets for insurers to be an initial move towards the country developing a risk-based capital regulation in accordance to international standards.

"MetLife's investment portfolio was always governed by the company's global policies, under which we already apply strategies based on management of assets and liabilities," the spokesperson continued. "The new measure does not affect us to a large extent. The compensation in our particular case will be with other financial instruments aimed at liquidity management that exist in the market."

The Argentine Chamber of Life and Retirement insurance companies, QBE Argentina (now Zurich), Zurich and Mapfre declined to comment on the ban on Lebacs.

Moody's, PwC, EY Prudencia Serguros did not answer our enquiries.

Despite being the third largest economy in Latin America, Argentina is still lagging behind in terms of putting in place a risk-based capital framework for insurers, and according to Albano the country is far from reaching the level of sophistication of Solvency II.

"Capital requirement is determined as a percentage of gross written premiums (GWP)," he explains. "If you have admitted capital for 16% of GWP you are compliant, even if that is invested in long-duration foreign currency, and you are not penalised for mismatches.

"So I could have my portfolio invested in US dollars in 10-year durations, even if my liabilities are one-year duration," Albano adds.

Moving to a risk-based capital regime is likely to mean further disruption to the sector. Albano says with stricter capital requirements, half of Argentina's 180 insurance companies would not survive.

"It is an atomised market. Sooner or later there should be a consolidation in the insurance industry; the [insurance] penetration is not enough so as to have 180 companies," he says.

Comment - Insurers' CIOs as 'fall guys' for the energy transition

Prudential versus accounting balance sheets - and their investment implications

Road to sustainability not as straight as Route 66

CIO interview: Illiquidity irrelevant, it's the complexity that matters

Inflation not as much of an issue as rates