Private equity as an asset class has produced mixed reactions from insurers in Europe over the past couple of years or so. Firms initially worried about the potential impact of Solvency II on any private equity commitments; then they became more interested as the level of returns achievable on their fixed-income fare plunged ever lower; and most recently they have been encouraged by the European Commission's move at the beginning of October to soften the capital burden on private equity.

It's still too early to judge how much of a difference the Commission's move will make to the market. But many European companies must be looking across the Atlantic at the success some of their US counterparts are having with their private equity initiatives, as the third-quarter results season has showed.

MetLife, one of the most recent to report, said variable investments, which include private-equity and hedge funds, added $424m before taxes to its investment income, compared with $236m a year earlier.

Of course, US insurers don't have Solvency II looming on the horizon. Until earlier this month, under the Solvency II regulations as the stood then, unlisted private equity was categorised as "other equities" in the equity risk sub-module and was allocated a capital charge of 49%.  For public equities, the capital charge will be 39%.

Not surprisingly, over one-third of insurance company respondents to a survey by the European Private Equity & Venture Capital Association (EVCA) in 2013 said they were already reducing or putting on hold their allocations to private equity in anticipation of Solvency II.

And by the end of 2013 some major insurers in Europe had reconsidered their private equity commitments and had disposed of or cut back their interests in this sector, among them Swiss Re, Axa, Groupama,  Delta Lloyd, Uniqa, Generali and several Nordic insurers.

But by March 2014, when Goldman Sachs Asset Management conducted its insurance survey, Insurers were showing optimism about private equity returns over the next 12 months, and continued to believe equity asset classes would outperform fixed-income assets.

Twenty-six per cent of CIOs expected private equity to deliver the highest returns, followed by US equities (17%) and European equities (13%).

The changes to the delegated acts announced by the European Commission in early October could provide an extra stimulus. The industry had been hoping that the proposed capital charge of 49% for private equity under the standard formula would be reduced to 39%, in line with public equity, and they did see some movement on this issue.

PE funds move up a rank 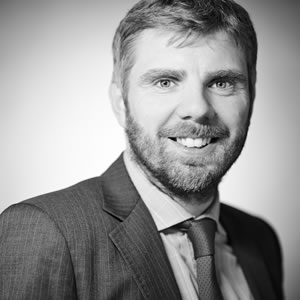 As Michael Collins, director of public affairs at the EVCA, explains, private equity funds that are closed-ended and unleveraged, as well as venture capital funds that are designated under the European Venture Capital Funds Regulation (EuVECA), will both be treated as "type 1 equities". This means these will attract a lower risk weighting of 39%.

"The lower risk weighting is welcome in itself, but the Commission text also very helpfully now differentiates private equity from other types of alternative investment fund, that will continue to attract a 49% risk weighting," Collins says. "Insurance companies investing in private equity will also be given a longer transition period to reach the new capital requirements."

Collins notes that insurers represent more than 10% of the investment into European private equity and believes the lower capital requirement is a significant step forward and an encouraging sign that EU policymakers appreciate the benefits the private equity industry can bring.

"Although the EVCA modelling suggested that the ideal risk weighting for private equity would be around 30%, the reduction that the European Commission is proposing in its final version of the Delegated Acts is nonetheless a significant improvement, providing incentives for insurers to invest in the asset class and reintroducing a differentiation between private equity and other alternative investment funds," he says.

These Solvency II rules are now passed to the European Parliament and to the Council of Ministers, who have three months ‑ extendable by a further three months if necessary ‑ to confirm that they are content with the text.

Is capital charge an issue?

However, the capital charge is not an issue for some insurers who do not consider the current level as excessive. "There are other asset classes for which the standard formula calibration is obviously flawed, securitisation for instance, which should be a priority in the current context," says Mikaël Cohen, investment director of French insurer CNP Assurances.

He doubts there will be more demand for private equity from those insurers that will use an internal model, as opposed to the standard formula. This will depend on the assessment the regulator will make of the relative risk weightings between private equity and traded equities, as well as the correlation factors between the two categories, in its review of internal models.

"However, the standard formula doesn't look excessively penal and I don't expect internal models to be less severe," he says.

Hansjörg Germann, head of strategy development in Zurich Insurance Group's investment management division, explains that the insurer's treatment of private equity in its internal model is aligned with the  European Insurance and Occupational Pensions Authority (Eiopa) guidelines and he has no concerns over the capital charge level.

In fact, Zurich is required to follow guidelines issued by Finma, the Swiss Financial Market Supervisory Authority, under the Swiss Solvency Test (SST). The SST guidelines tend to be stricter than Solvency II.

As of mid-2014, Zurich estimated a Solvency II capital charge net of cyclical adjustment at 55% of private equity values, while the SST capital charge - which is not subject to a cyclical adjustment - stands at 56%. "We do comply with the Swiss Solvency Test capital requirements; therefore the introduction of Solvency II will not pose additional constraints on investment decisions," says Germann.

Certainly data from another survey backs up the view that regulatory concerns are not enough to deter insurers from investing in assets that deliver good returns.

Research and consultancy firm Preqin's first-half 2014 investor survey revealed that three-quarters of insurance company respondents had not made any changes to asset allocation on account of Solvency II.

"Regulation is seen as a key issue facing European insurance companies seeking to operate an effective private equity programme in 2014," says Preqin's head of private equity products, Christopher Elvin. "However, the majority have not reduced, and have no immediate plans to reduce, their allocation to private equity." 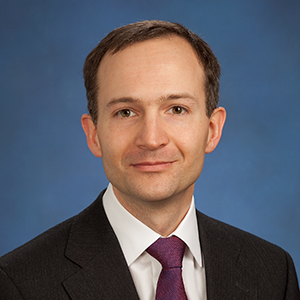 One reason why regulation doesn't necessarily inhibit private equity investment decisions is that the asset class is very small in relation to other asset classes.

Zurich has a private equity target allocation of just over 0.5% of its $221bn assets under management. Germann says regulatory capital charges are not a consideration when determining the allocation target for private equity. Rather the allocation is hampered by the strong cashflow emerging from the distributions of a seasoned portfolio and the significant work needed to select private equity funds and co-investments.

"The assumptions in our internal asset allocation model about active returns from private equity require us to select really excellent funds. We would have a higher allocation to private equity if the market was more liquid and there were more high quality funds. We also want to carefully construct a private equity portfolio across market segments, geographies and investment styles," he says.

Germann admits that Zurich's high standards for private equity means that maintaining allocation over time can be challenging, especially replacing old funds when they run off. For instance in 2013, Zurich's private equity team considered 250 investments and decided to commit to only 11.

CNP Assurances' current exposure is 0.7%, or €1.7bn, and it has a medium-term target of at least 1%. Cohen says that although private equity is illiquid, correlated with the equity market and has a heavy capital charge under Solvency II, the asset class gives a good return for a long-term investor, if the fund selection is carefully performed. Private equity also provides a diversification effect under Solvency II.

Cohen says that private equity is an effective match for long-term or illiquid liabilities like retirement funds. "But in our case, given the relatively small exposure of our portfolios, our holdings in private equity don't raise any liquidity problem. Thus, yield enhancement is the first objective," he says.

Duration risk may be new credit risk for IG credit, Swiss Re warns

A testing climate for munis

Asia - how to keep calm in a storm