Green bonds are looking increasingly attractive to insurance companies which want to meet their risk and return objectives while producing a positive environmental or social impact. But there are concerns about the definition and capacity of the market, as Mark Nicholls explains 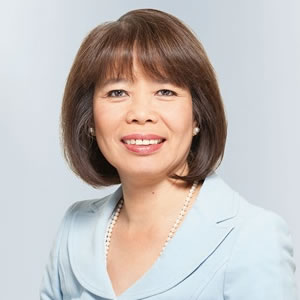 "Green bonds are a great example of an investment that allows us to have a positive impact on society and the environment while meeting our financial criteria," Cecilia Reyes, Zurich's chief investment officer, said last July as the insurer announced it was to double to $2bn its green bond investment target set in 2013.

Zurich's latest foray into this sector was in February this year when it bought an entire €30m ($34m), 30-year fixed-rate green bond issue from the World Bank (IAR, 23 February 2015, Insurers show strong interest in green bonds).

Zurich may be one of the more vocal supporters of the market in the insurance sector, but it is far from the only one.

"We buy green bonds under our impact investing approach," says Hendrik Tuch, green bond specialist at Aegon Asset  Management in The Hague. "We're looking for investments that meet our current risk and return requirements, but which also have a potential positive environmental or social impact." The unit manages a large part of Aegon Group's €475bn in assets, including €3bn of 'impact investments' in various portfolios.

To a large extent, buyers are motivated by a desire to be seen to invest responsibly, suggests Patrick Liedtke, head of the EMEA financial institutions group at BlackRock, the asset management firm to which Zurich awarded its green bond mandate.

"There is more stakeholder interest in terms of how people invest – it's part of the larger discussion around socially responsible investing," he adds.

And, given that insurance companies – particularly in property and casualty – are increasingly aware of the risks to their underwriting businesses posed by climate change, "it all contributes to insurers taking a closer look at this market."

Indeed, some insurers argue that, at the margins, investing in green bonds can help make their investment portfolios less vulnerable to climate risk. 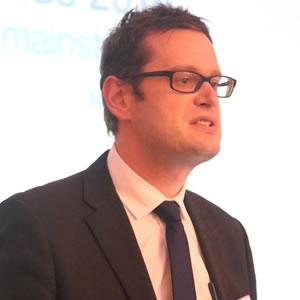 "If a company is issuing green bonds, it's an indication that it is taking its environmental, social and governance (ESG) requirements quite seriously, and it indicates a longer-term, more sustainable company," says Colin Purdie, head of institutional credit at Aviva Investors, the asset management arm of UK insurer Aviva, with £239bn ($353bn) under management.

Purdie invests in green bonds both for the parent group and for third-party institutional clients.

He gives the example of the utility sector, which is under regulatory pressure to shift to low-carbon forms of energy generation. "Companies that are issuing green bonds [to invest in renewables] are positioning themselves better to meet those longer-term challenges, while allowing our investment criteria to be fulfilled –namely the repayment of principal and payment of coupons along the way."

Living up to the pledges

But the green bond market is not without its challenges. Risks exist that issuers may not live up to the environmental pledges they make when they sell green bonds. And, as in any youthful and still small market, there is not the range of paper some insurers would like to see.

Debate also rages over whether issuers should be able to charge a premium for an investment product that confers a reputational cachet on the buyer.

A big fear of green bond advocates is that an issuer misdirects the bond proceeds – raising reputational risks for bond buyers, and undermining the overall market.

"There needs to be agreement that the projects that are being financed are promoting environmentally sustainable activities. Green bond proceeds need to be traceable within an issuing organisation, and you have to make sure an issuer agrees some basic principles on how they report that," says Liedtke at BlackRock. "Issues like transparency and disclosure are very high on the agenda, and very important to insurers."

How such disclosure is policed, however, divides opinion. Some investors would like to see third-party certification, while others are content to carry out their own due diligence.

What are green bonds?

They carry the same credit risk, and pay the same yield as conventional bonds. They are increasingly available in benchmark size, offering comparable liquidity to traditional bonds. Yet, because their proceeds are directed towards environmentally or socially beneficial purposes, 'green' bonds carry a patina that makes them more attractive than conventional bonds. 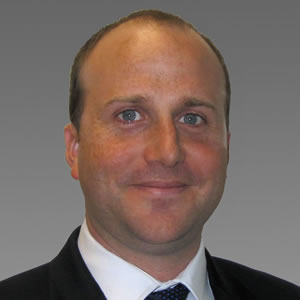 "To the extent that green bonds offer comparable risks and yields to standard bonds, why not allocate to them?" says Aled Jones, a London-based principal in the responsible investment team at investment consultancy Mercer. "We're seeing growing interest in green bonds for various reasons, ranging from investors wanting to be seen to be doing something about climate change to those looking to better manage their climate risk."

The green bond market's time appears to have come. The World Bank and the European Investment Bank issued the first green bonds in 2007. These and other multilaterals pledged to ring-fence the proceeds from such bonds and direct them towards defined portfolios of environmental projects such as wind farms and energy efficiency improvements.

These bonds offered investors the chance to buy 'socially responsible' fixed-income instruments and, the development banks hoped, would seed a specialist market that other issuers could tap to help fund the low-carbon infrastructure needed to address climate change.

After several years of issuance in the low billions of dollars, the market turned a corner in 2013, with the first $1bn bond (sold by the International Finance Corporation), and the entry of corporate issuers such as energy group EDF, Bank of America and Swedish property firm Vasakronan. Last year, total issues topped $36bn, a three-fold increase on 2013.

By and large, investors have been happy to trust the claims made by the multilateral development institutions that seeded the market, and which accounted for 44% of issues last year. Most of these produce reports detailing which projects were funded by green bond proceeds.

Some investors are also happy to take on trust the claims of less well-known issuers. "We don't require external verification," says Tuch at Aegon.

The firm will consider investing if the issuer "has a credible story to tell, if they can show intention … Companies and agencies have their reputation to defend. If they use the proceeds for non-green proceeds, they're never coming back to the market."

Other investors are less relaxed. "We don't make the determination as to what is a green bond – we look at third-party providers [of certification]," says Purdie at Aviva. "We're not very comfortable with companies that self-declare … If the market is going to take off, we don't think there's enough resource on the buy-side to be making the determination whether each and every bond is green or not."

The development of third-party green bond certification services will be particularly important when there is less capital available for corporate issuers – who may then be tempted to issue green bonds to access new investors.

"At a time like this when the system is flush with liquidity, it's not necessarily an issue," says Purdie. "But, in future … companies may be inclined to issue green bonds not to use proceeds for green purposes, but to get liquidity on to their balance sheets," he warns.

In addition, the youthfulness of the market poses practical challenges for potential investors. "For those companies using external fund managers [to invest in green bonds], there aren't many funds available – that's a restriction," says Aled Jones, a London-based principal in the responsible investment team at investment consultancy Mercer. "The opportunity set is very, very narrow."

Aside from BlackRock's mandate for Zurich, Nikko Asset Management manages a green bond fund that invests exclusively in World Bank issues. However, Purdie at Aviva says that his company has held back from launching any dedicated green bond funds because of the limited range of eligible paper.

"To be eligible for one of our funds, we want individual bond issues to be sized above £250m," he says. "Historically, lots of [corporate] green bonds have been small and illiquid. You have a few issuers such as EDF and Toyota that dominate, and would be a large part of any benchmark.

"What we don't want to do is issue a fund that maps a non-diversified benchmark, where you have to hold every bond in there – then we don't feel we're adding value for investors."

To date, green bond issuance has tended to be somewhat short-term in tenor, with issuers focusing on building liquidity in benchmark bonds rather than spreading liquidity down the yield curve.

However, liquidity concerns are overblown, says John Anderson, head of North American bond investing at Manulife Asset Management. "It's a bit of a distraction. In practice, green bonds carry the same risk as an issuer's base bonds. They don't trade as much because, if you're holding $400m of World Bank bonds, you're going to sell the non-green stuff before the stuff that's green."

Tuch at Aegon notes that liquidity concerns are mostly one way: "There's no liquidity issues selling green bonds – demand is there. [However,] if we want to add to a position, we tend to buy new issues. The secondary market can be a bit dear."

Anderson would like to see more long-dated issues that would better match his firm's liabilities. Manulife Asset Management – the $277bn investment arm of Manulife Financial – owns $80m of the $350m 100-year green bond issued by DC Water to help fund a storm water and sewage tunnel system in the US capital.

The firm is telling issuers "if you're looking to take advantage of today's low base rates and lock in fixed-rate financing that matches the life of your underlying assets, we're a great bid for that," Anderson says.

There is clearly substantial investor demand for green bonds. Most issues are several times oversubscribed, which leads to some debate as to whether they should pay a lower yield than an issuer's conventional bonds. But, while this might appeal to prospective issuers, investors warn it would risk stunting the market's growth. 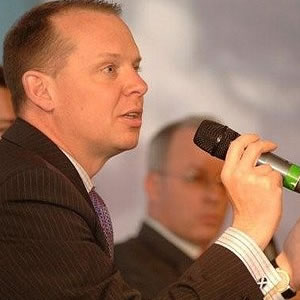 "If these bonds started trading at a significant premium, then further buying of these bonds would be limited to clients with a specific mandate – otherwise, it would be very hard to defend putting them into your portfolio… Demand from many investors would diminish," explains Tuch at Aegon.

Anderson at Manulife thinks it unlikely that a substantial premium will develop in the near future. "Every issuer and placement agent is on the same page. If we want this market to grow, let's keep issuing flat to the beige bonds. That's the best way to nurture this market.

"There's reason to think that there may be upside, but I wouldn't base a trading strategy on the emergence of a premium over time. However, it's impossible to think that they would trade worse than the classic bonds."

IAR's sister publication Environmental Finance is organising a one-day conference on the green bond market in London on 22 June. For details, click here.

Suspension of dividend payments, more firepower for the investment teams?

No yield, too few bunds - what investment trials mean for 2020 Review

SII reporting delays: thanks but no thanks