European regulators are weighing up bringing forward a planned review of Solvency II capital charges, in an attempt to unlock insurers' investment in infrastructure and other long-term assets.

This comes weeks after the European Commission assumed that private investors will be called on to stump up €284bn ($305bn) needed to deliver on its strategy to revive growth.

The capital charges for investments are laid down in Solvency II delegated acts, which were adopted only in October. Regulators introduced some eleventh-hour changes in the text to lure insurers to invest into securitisations, but deferred cuts in infrastructure charges until a planned review in 2018.

It is this timeline that is being increasingly called into question. Steve Ryan, deputy head of unit, insurance and pensions, at the Commission recognised on 3 December that there is growing pressure to anticipate a review of the calibrations of the standard formula originally due in 2018. "I can see this coming sooner rather than later," he added, during a panel debate at the Solvency II conference of the federation of French insurers. 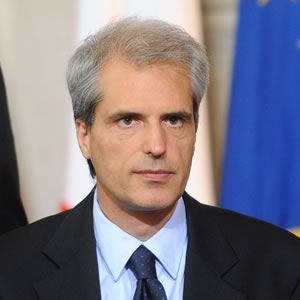 His remarks come amid signs that the industry is balking at replacing a share of their €8.5trn asset portfolios with assets that give credit to real economy, which are preferred by the Commission.

The president of trade body Insurance Europe Sergio Balbinot said at the conference that insurers are prepared to play their role in EC president Jean-Claude Juncker's investment plan, so long as barriers are removed.  "We should avoid disincentivisation especially in terms of calibration," he said, before suggesting that default risk, rather than spread risk should underpin the calibrations.

Balbinot added that of all the elements of Solvency II that the industry would like to see amended, long-term investment is the one that it wants to start discussing "immediately, rather than wait the normal course."

The opinion was seconded by Axa's chairman, Henri de Castries, who threatened not to invest in infrastructure until regulators provide clarity on the capital treatment of those assets. "We feel that European regulators are like the very educated doctors in Constantinople who were discussing the gender of the angels when the Turks were at the gate. Few of those have survived, so please clarify the rules sooner rather than later," he said.

As the rules stand, infrastructure attracts the same capital charge as corporate bonds or equities, depending on whether insurers invest through debt or participate directly in a project. The charges on corporate bonds vary according to rating and duration, whereas the charge on equity investment in most cases is 49%.

At the request of the Commission, the European Insurance and Occupational Pensions Authority (Eiopa) in 2013 examined whether there was a reason to treat infrastructure more favourably as a separate asset class, given the low volatility, high recovery rates and diversification associated with these assets. 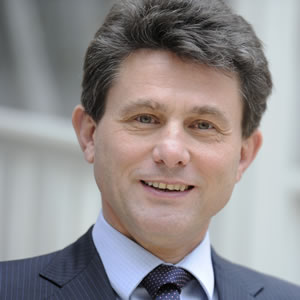 The European watchdog has found no evidence that the spread risk for infrastructure project debt differs significantly form the spread risk for corporate debt with the same rating, but left the door open to changes in the future, should additional data be made available. Both the Commission and the Parliament have repeatedly flagged infrastructure as an area of priority for the review of the calibrations.

In his speech at the conference, however, Ryan denounced the disproportionate amount of attention being paid to the capital charges imposed on infrastructure, noting that the long-term investment debate is broader.

"We should avoid fetishising this issue of calibration [of infrastructure assets]," he said, after noting that the Commission is due to publish a green paper on long-term investing in early 2015 that is set to include two legislative initiatives on securitisation.

Moreover, there are plans for new European long-term investment funds and special bonds issued under the Juncker plan, which are not covered in the Delegated Acts and will need to have a capital charge attached.