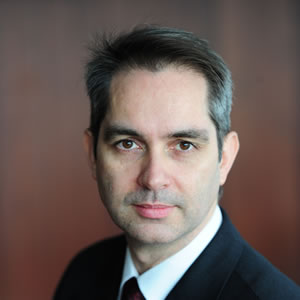 Insurers have come to accept the need to drastically increase investment risk to maintain the stream of income from their asset portfolios, amid a continuation of ultra-loose monetary policy, according to a BlackRock-commissioned study.

The survey with insurers representing $6.5trn in assets reveals that firms are falling out of love with infrastructure debt and are taking a more tactical positioning by increasing cash holdings as well as the use of derivatives.

This comes as the European Central Bank is considering extending its quantitative easing programme and amid growing uncertainty about the trajectory of policy rates in the US.

The proportion of insurers that expect to increase their risk exposure over the next 12 to 24 months doubled over the past year to 57% at a global level, and 56% in the EMEA region, the survey conducted by the Economist Intelligence Unit shows.

This represents a step change for the industry, which until recently was confident in its ability to preserve income levels through asset diversification, said Patrick Liedtke, head of BlackRock's insurance asset management business in Europe.

Decreasing underwriting returns, which free a share of firms' risk budget, go some way to explain this shift, but for a large majority of firms (63%) the trend is driven by the need to maintain or enhance investment income.

Over half of the insurers are concerned that the continuation of loose monetary policy will create an unsustainable environment for the industry in the long-term and 84% would like to see the scale of quantitative easing programmes reduced.

Asked about the most serious market risks to investment strategy, 44% of insurers named the low interest rate environment, but 36% said a sharp rise in interest rates. Another 33% expressed concerns about the correction in asset prices, in particular equities.

In this uncertain macro-economic environment, about half of the respondents plan to increase their cash holdings over the next 12 to 24 months, to retain flexibility to make tactical manoeuvres. "The macroprudential picture is causing a lot of people to have one foot on the accelerator and one foot on the brakes at the same time, which unsurprisingly makes driving the balance sheet difficult," Liedtke said.

The lack of liquidity in bond markets is also spurring an increase in the use of derivatives and exchange-traded funds. Four in ten insurers – especially large firms – plan to make greater use of derivatives in the next year or two, and more than two thirds of those will do it for tactical positioning.

In contrast, almost four in ten insurers plan reduce their allocation to infrastructure debt months, with only 18% planning to increase it. Liedtke argued that high competition in the infrastructure space and low levels of supply compressed the illiquidity premium insurers can get from investing in this asset, forcing them to reassess investment plans.

In the private credit space, commercial real estate (42%) tops the list of assets classes to which firms plan to increase their allocation, followed by direct lending to SMEs (39%) and direct commercial mortgage lending (38%).

Macro-economic pressures, in particular the looming threat of divergent monetary policies, are playing out against a backdrop of growing concerns over geopolitics. Half of respondents counted geopolitical risk among the most serious macro risks, ahead of regulatory change with 40%.

Senior executives from 248 insurance and reinsurance companies from across the world were surveyed between June and July.

Curious and curiouser - the strange and painful case of negative yields