The COVID-19 crisis has resulted in unprecedented monetary and fiscal stimulus. The article considers how this may increase inflationary pressures, and approaches that insurers can use to mitigate this.

Andrew Epsom reflects on the COVID-19 crisis and suggests that insurers could be underestimating the risk of inflation in the years ahead.

The COVID-19 pandemic has reminded us how hard it can be to predict even a few months ahead, with very few commentators having speculated at the start of the year the extreme events that have unfolded since. Yet, however unclear the current situation, governments, central banks and businesses are desperately trying to understand the scale of what's happened and plan for the months, years and decades ahead. Many decisions they make will be wrong: there are simply too many 'unknown unknowns'.

A key challenge currently is the residual dislocation of financial markets following the initial impact of the crisis. At Royal London Asset Management (RLAM), we consider the current environment continues to provide buying opportunities for longer-term investors, such as those insurers who have sufficient risk appetite to tolerate elevated market volatility. For example, we believe that the high yield and equity markets currently provide some attractive opportunities.

In addition to the shorter-term impact on investment markets, insurers will also need to consider how recent events will feed through to longer-term economic expectations for economic growth, interest rates, exchange rates and price inflation. This will help determine plans around investment, pricing, capital management and the wider commercial strategy. Insurers have typically paid less attention recently to inflation, with most developed market countries seemingly having this well under control.

However, huge stimulus packages have now been deployed around the world to fight the COVID-19 crisis. For example, the UK government has been making increasing use of its 'Ways and Means' facility with the Bank of England (BoE) to fund increased expenditure. In the context of such significant additional monetary and fiscal stimulus, and the associated challenges of paying for this, should insurers now focus more on inflation risk?

The initial crisis is already well behind us, at least from an investment perspective. However, the falls in markets were rapid and precipitous. Experienced managers who have traded through previous crises were surprised how fast markets unravelled this time. This crisis was measured in days and weeks, rather than months and years. However, the relative stabilisation of markets was almost as quick.

This owed much to the response of governments and central banks. International political cooperation has declined since 2008, but central banks have learned that scale and speed are key elements in the success of financial stimulus. These measures have to be deployed quickly and be limitless – or at least markets have to believe they will be.

Yet, despite their short-term effectiveness, the myriad monetary and fiscal stimulus measures have thickened the longer-term fog. Markets have partially recovered, but at what cost, and how will this distort the longer-term market and economic environment – in particular around inflation?

How are insurers exposed to inflation?

For most investors, higher inflation is undesirable as it can reduce their long-term purchasing power, in particular for fixed investments. However, for insurers inflation risk is a wider business concern from both an Asset-Liability and enterprise-wide perspective.

Implicitly or explicitly, the majority of insurance companies will be running some form of inflation risk in their business. Some will have explicit inflation linkage in the liabilities they are writing – for example, insurers with annuity liabilities where there is some form of direct linkage to RPI or CPI. For others, the inflation risk is less apparent, but still potentially significant. For example, while there is typically no formal link between claims and expense inflation and price inflation, there is a reasonably strong correlation, particularly when there is a large uptick in inflation expectations.

Lower inflation in the short to medium term has been factored into inflation-linked bond prices and other markets in recent weeks. This is a global trend, and investors are now expecting an extended period of ultra-low interest rates and low inflation, or even deflation. We believe this could be dangerously myopic.

In the next year or two, inflation ought to remain benign as the recession plays out and oil price and other commodity effects dampen prices. Beyond this, however, the inflationary outlook is less clear and the benign scenario might not persist. Pulling back from globalisation, more defensive supply chains, greater protectionism and higher government spending could push prices higher. Financing costs of government debt will rise globally, despite ultra-low interest rates; in the medium term this should push real yields higher.

With austerity out of fashion, governments will likely seek to reduce debt levels by holding interest rates low and letting inflation rise slightly to erode the debt's real value. The Office for Budget Responsibility in the UK recently highlighted the scale of the challenges by adjusting its forecasts for the current financial year. The fiscal deficit was increased by £25bn to £298bn (see chart 1), more than five times its pre-crisis estimate of £55bn. 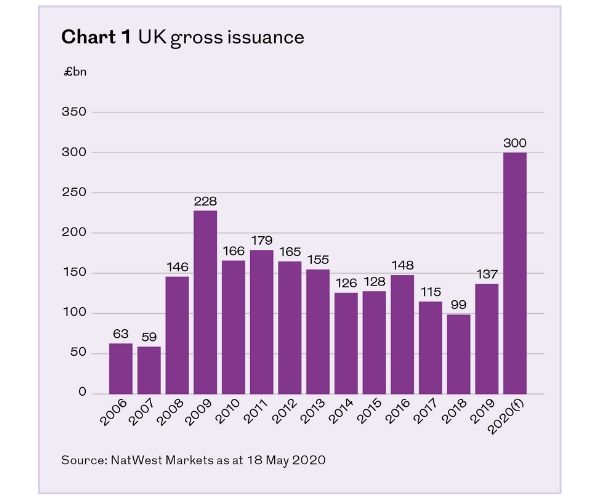 This will need to be borrowed. For now, there's no problem. The BoE has been buying government debt at the rate of £13.5bn a week, more or less matching the Debt Management Office's increased supply. It has denied that it is monetising debt, citing differences in the maturity profiles, and the market has gone along with this... for now, at least.

The challenge is that there are no rules to follow. Other than wartime, the levels of borrowing are unprecedented; equally, no-one knows how much the market will allow the BoE to push the boundaries of financial sophistry. We'll only know when we reach the tipping point, but there seems to be a reasonable chance that the outcome from this process will eventually be higher inflation.

There could be challenges in the near term. Investors expect the BoE to commit to additional quantitative easing in June as the market can't absorb the planned supply without this. However,would this then be construed more explicitly as debt monetisation? The BoE could stop buying the debt altogether or could announce that is tapering purchases, similar to the Federal Reserve. This could force up gilt yields and inflation expectations.

Beyond that, a 'no deal' Brexit would likely cause a further sharp fall in sterling, which would be inflationary as exports would be instantly more expensive. A wildcard is the challenges in producing accurate inflation data during the lockdown. If you can't buy things, how can they be priced accurately? The goods and services that would be stripped out of the data could be the most deflationary, such as flights, meaning any COVID-19-adjusted inflation data could be surprisingly strong.

How could insurers react?

Insurers should firstly understand what their exposure is to differing levels of price inflation across their balance sheet and wider business. This would most naturally benefit from scenario analysis. It will also be important to model the basis risk between price inflation and areas such as claims inflation.

There are various assets that will provide either a direct hedge for price inflation, such as inflationlinked government and corporate bonds, or more indirect hedges such as infrastructure debt including Private Finance Initiatives. The latter in particular has the potential to benefit from increased fiscal stimulus as a result of the COVID-19 crisis.

Insurers should also consider which measure of inflation should be purchased. Where there is a direct link to a specific country's inflation measure in the liabilities then there is less ability to diverge from hedging this. However, for many insurers buying global inflation may be more efficient when there is the aspiration for a broader inflation hedge. This approach has several attractions: 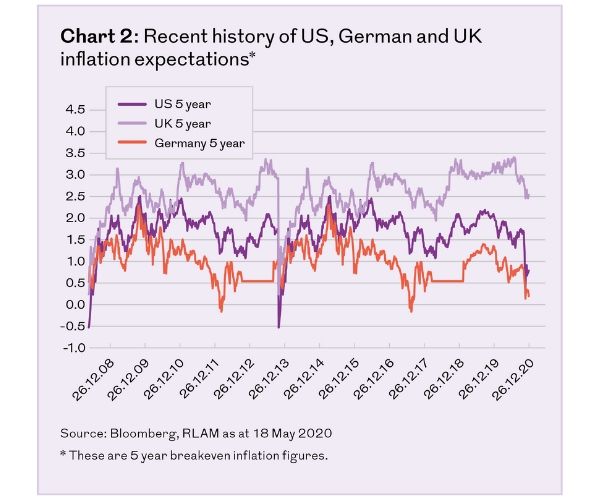 The market pricing for inflation remains relatively muted – particularly over shorter maturities. We believe that this provides potentially an attractive entry point for increasing the inflation sensitivity of the assets. At the least, we would urge insurers to understand their inflation exposure and consider various solutions to gain longer-term protection against a future spike in inflation. 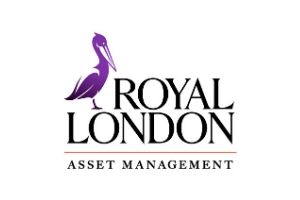