Kristofer Dreiman, head of responsible investments at Lansforsakringar Life, discusses the value of active forest management and why cutting trees down is not always a bad thing.

Forests are an increasingly hot topic for insurance investors...

In the European context it is really getting to the top of people's minds more and more, but in the Nordics it's been on the agenda for quite a while. I think we have more than 300,000 private forest owners in Sweden only, so it's relatively embedded in the society.

And can you tell us how and since when Länsförsäkringar is invested in forests?

We've been invested in forestry companies for over 10 years. We had shares in non-listed Bergvik Skog AB which went through a bit of a reshuffle in 2019 and we ended up with a bit of a smaller exposure in a newly formed company, Hällefors Tierp (HT) Skogar AB, a company fully owned by the Länsförsäkringar Alliance.

When COVID-19 hit in early 2020 and impacted stock markets, we saw an opportunity to invest in listed forestry companies. We invested around SEK 2.5bn ($246m) in two companies: SCA and Holmen.

Looking at the drivers for these type of investments, and in particular the sustainability attributes of them, what are they?

First of all, and I'm not sure how well that's discussed in the European context, but at least here in Sweden we tend to focus on the so-called substitution effect that is basically when raw material from the forest can replace either fossil fuels or materials that require fossil fuels, such as steel.

Today, with new construction techniques, you can use refined wood products to a much greater extent in constructions whereby you can replace, maybe not all but some, components in the structure of a building, not only the facade. And I'm not talking about a single or two storey high building, but even higher buildings. Not only are you using more environmentally friendly material, but you can lock in the CO2 in the structure of the building for a very long time.

The second argument is obviously that a responsibly managed forest with net growth (increased forest volume) absorbs CO2 when the trees are growing.

But can you drive a car, or fly a plane on wood?

Yes, if you can refine raw material from the wood products. You can for example make sustainable aviation fuel based on by-products from the tree, such as branches and bark.

But wouldn't it be an issue considering the quantity of wood needed vs the quantity of fuel we need to run our cars and planes... wouldn't it then become unsustainable, because we would cut down billions of trees on an industrial scale to feed our fossil fuel needs? 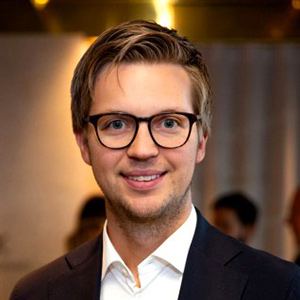 There are a couple of things here, obviously we can't use refined wood products to replace all fossil fuels. In every aspect where fossil fuels are used today, that's not realistic, and it should instead be viewed as part of the solution.

But the thing that's missing in the European debate is active, responsible forest management. Basically, when you cut down one tree, you replant that particular area with at least two or three new trees. By doing that, over time, you will increase the forest stock in a given area and also the output of raw material from the forest.

And of course, you need to balance that with the realities of the transition: it might not be realistic to replace diesel or gasoline for everyday car use with forest products. There, hydrogen and different hybrids and battery solutions might be more efficient. But for example, when it comes to airplanes, where hybrid planes and hydrogen technologies are much further into the future, using sustainable aviation fuel partly produced from forest products might be a solution.

Have you put CO2 figures on your forest investments?

Based on our ownership in the three companies we mentioned earlier, we have calculated that the total positive climate effect amounts to over 550,000 tonnes of carbon dioxide.

We calculated that our share of ownership accounts for 242,000 tonnes of CO2 absorption by the trees. To that we added an estimated 350,000 tons of 'substituted CO2' and we obviously minused the CO2 released through the activity of forest management (23,000 tonnes, scope 1-3 emissions).

All these figures are based on our ownership as well as our regional insurance companies' ownership in HT Skogar only. For the forest companies themselves as a whole the figures would be higher.

What about the financial benefits of these assets, is it a good investment and what are the return drivers?

As with every investment we make, we need to have a financial conviction as well as an ESG conviction.

The return drivers are partly derived from what we have discussed so far: a growing uptake for both row forest material, but also refined forest products, which has accelerated during COVID. And you can see it in the evolution of the stock prices of these companies. Adding the energy crisis in Europe on top you can also observe a growing interest for bioenergy and to build wind power on forest land.

We have discussed some of these that are in growing demand: construction of buildings and replacing fossil fuels in some combustion engines. But there is also the usage of wood fibre in textiles that is becoming increasingly popular. So instead of wearing a cotton shirt, you might wear a shirt partly made from wood fibre. And there's also interesting research on using wood fibre in batteries, green chemicals, and pellets for energy.

And all this obviously goes in line with the commitments many countries have made to decrease usage of fossil fuels and instead, either recycle or use materials that are more circular than fossil fuels. And products from the forest are relatively recyclable.

A recent IAR roundtable highlighted that at the moment the financial incentive of investing in forests lies in cutting down the tree, and maybe it would be more sustainable to find a system where the incentives lie in letting the tree grow... what do you think?

It goes back to the point about active, responsible management of the forest. If you replant pine, spruce and other kinds after harvest the volume of forest will increase over time. This practice has also been regulated in Sweden since the beginning of 19th century.

It's worth remembering that from the age of around 15 up until 80 years, that's when a typical tree in the Nordics has the most potential to grow and absorb CO2 from the atmosphere.

That's why you need to have a discussion around if the tree is 90 years old and it doesn't absorb as much CO2 as it used to can it achieve a greater potential by being cut down and used in a construction while leaving space for two or three new trees to grow up in the same spot?

The focus should thereby be on how you manage the forest.

And this was a big debate in the EU taxonomy. In the first draft forest management was an eligible technical screening criteria in the taxonomy. In the second draft it was removed. But following engagement with stakeholders including ourselves, it was reintroduced in the final version, and it is now considered eligible sustainable activity under climate mitigation in the taxonomy, which is positive.

And the flip side, is there an investment risk attached to this type of assets?

Apart from the regulatory risk, where the evolving taxonomy stand as an example, you have a range of physical climate risks. Forest fires have been well documented in recent years. Flood is also an issue that can impact the productivity of the forest. But you also have things like wood-boring beetles which kill the tree from the inside. When you have long dry periods, like the heatwave Europe has experienced this spring and summer, the trees are more vulnerable to these.

What about financial risk?

You have the usual market dynamics of supply and demand. For example, we saw during COVID in the US a rise in demand of wood products, partly driven by the DIY boom in lockdown, met by a lack of supply in the local market. So, there was an increase of import of wood in the US which drove prices up, and that has now sort of dissipated.

You also have the situation in Ukraine, as Russia was quite a significant exporter of wood products to Europe, that supply now has to be replaced.

But how available are forests as an asset for investments?

Absolutely there isn't that many assets and they are not easy to source. The most well-developed forests assets are located in the Nordics and the Baltics.

The Baltics improving quite significantly after the collapse of the Soviet Union, in addition to that, you have pockets of well managed forests in North America, Australia and New Zealand. But that's basically it.

There are different aspects to it, first the forest needs to be managed in adherence to the sustainable forest management principles such as the Forest Stewardship Council certification . And then you need the infrastructure to get the products out of the forest and into the market: roads, sawmills, warehouses etc....

What about the Solvency II treatment? How does it fair, is it treated as a commodity or equity?

Could forest investments be used for carbon credit mechanism?

If that development takes place, it's important that the same tree is not counted twice. So, you could have a situation where us as investors count CO2 absorption based of our ownership in the company, but the company at the same time sells carbon offsets.

Are you looking to increase your exposure to forests? And would you consider indirect investments through funds?

We are looking at ways to increase exposure as long as we have a financial and ESG conviction.

We have conducted some screenings of potential forest funds both in Europe and North America. In addition to turbulent markets in general and a growing interest in forest from institutional investors you need to be mindful of the issue on double counting. Who should be given the carbon dioxide sink credit, us the indirect investor, you the manager, or the company managing the forest? That is one of the discussions we have with the asset managers.

And obviously even if it is a fund, we would like to attribute our share of the carbon sink to our own climate impact calculation.