In March, AIA announced it would no longer invest in coal mining and coal-fired power. At the same time AIA committed to divest and run off its entire directly-managed exposure by the end of 2021 for equity, and 2028 for fixed income.

While the Hong Kong headquartered company's coal exposure had been highlighted by activists in late 2020, for its group chief investment officer, Mark Konyn, this latest move to exclude coal fully is the next step in the insurer's environmental, social and governance (ESG) journey which started over five years ago.

AIA is a signatory of the Principles for Responsible Investment (PRI) as part of a broad ESG commitment including having become a signatory to the Ten Principles of the UN Global Compact in 2016, and had integrated ESG investment criteria in its analyst views before it started to exclude certain types of investments including tobacco, and cluster munitions from its portfolio. In recent years it has also worked to increase its ESG engagement programme and impose ESG requirements on its external asset managers.

Coal became increasing a point of focus in the last three years.

"About three years ago we started to focus more significantly on the prospect of stranded assets and this drew our attention to coal which remains a key source of energy across Asia Pacific where two of world's largest exporters reside," Konyn says. "We observed that coal, mining and energy production were increasingly going to be at risk, which was not sustainable over the long-term and began restricting exposure at that time. Initially we looked to restrict exposure to companies that were wholly dependent on their coal-related activities with little chance to transition to greener technologies. We began to pull back from certain issues as we assessed that the international institutional investment and financial community would increasingly reduce exposure".

At the start of 2020, AIA continued to evolve its ESG investment strategy, selling companies that were not meeting its ESG criteria and launching a full review of its policy which completed in December. 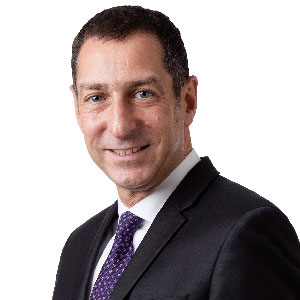 "We concluded immediately not to add to our coal positions and assessed full divestment," Konyn says. "It was very much a continuation of the journey and our determination to address stranded assets risk in the portfolio. The environment is highly dynamic, today's concerns will continue to evolve—what is not a concern today will slowly appear on the radar and start to be reflected in the way investors value certain opportunities."

AIA's exposure to coal had been reported to be between $3bn to $6bn, although not verified by AIA itself. Asked how it will offload this chunk of assets off the book, he replies: "It's basic portfolio management. It depends on the time it takes in those markets to make sure we don't impair the value, which is a combination of how we see liquidity and the opportunity to unwind—and obviously the short-dated assets will tend to roll off anyway."

But fossil fuel and energy companies tend to be providers of long-dated assets, so Konyn highlights the need "to give yourself enough time so that when you want to sell, you can sell, or you give yourself the option to let it roll off".

One of the big considerations in the coal transition will be how AIA will redeploy the money, and here the group CIO is quick to emphasize that it will be done in the context of the insurer's obligations to its policyholders and shareholders.

One area that will see increased allocation is green, social and sustainability bonds. AIA has $1.8bn invested in those, but as part of its commitment to divest from coal, it pledged to "increasing investments in green and social bonds in order to support the important transition being made in many of our communities toward a more sustainable future".

Konyn says there isn't a hard investment target for those yet, because sustainable bond issues tend to be short-dated, whereas the primary role of fixed income at AIA is to match long-dated liabilities.

"We are thinking of ways to make it more effective--we would like to communicate with issuers more directly our appetite for, and expectations of, long-dated sustainable bonds," he says. "And we will encourage issuers to really consider including sustainability meaningfully in their funding programs because we have appetite."

The challenge of finding assets with the right duration shouldn't be anything new for a pan-Asian insurer like AIA, as leaving sustainability aside, the lack of long-dated assets in Asia tends to be the number one headache for CIOs in the region. "But this is exacerbated with green, social and sustainability bonds," Konyn says. "Because it is a relatively new addition to the capital market and the scarcity of long-dated issuance is more pronounced. But we do expect this market to develop rapidly given the focus of the private sector, asset owners and asset managers, and the existence of internally recognized frameworks such as the ICMA Green Bond Principles, which the international investment community increasingly expects new issuances to align with."

Asia is often cited as lagging behind Europe, and even potentially the US, when it comes to ESG. But for him, it is not that simple. AIA has been "very impressed" by the results of its engagement studies with investee companies in the last three years, particularly those with international shareholders.

"We've seen some very good practice across the region," Konyn says. "The message is out there, and we are seeing a lot of development in Asia and it is not the same picture as was the case five years ago".

Still, a lot of Asian economies are reliant on polluting industries, and beyond AIA's own ESG journey, the end-game lies in the real economy transitioning to 'greener' practices. So does Konyn sees a need for policymakers to step in more forcefully?

"There was an implicit expectation among asset owners and asset managers historically that a lot of what occurs in terms of ESG investing would be driven by policy, but that has changed as we work our way through the COVID crisis," he replies. "There is now full realization that policy is only going to partially address the transition, and the private sector is going to have to contribute significantly to that transition."

He concludes: "We are fully aware of that and recognize our responsibility. Asset owners and asset managers are much more forthright in the way they communicate their own position and are most likely to be including climate risk in their own investment programs. That has the potential to impact the way those seeking funding align their resources and governance mechanisms, as well as their transition to a low-carbon economy and the speed at which they transition".