In July 2020, Phoenix, Standard Life and Reassure came together under the Phoenix Group banner. All three were working to varying degrees on integrating environmental, social and governance (ESG) considerations into their business operations, but alignment across the group was needed, according to chief investment officer Michael Eakins.

This led to the creation of a chief sustainability officer role, filled by James Wilde, and a position for the head of responsible investment, taken up by Sindhu Krishna. Phoenix then signed up to a number of industry initiatives such as the Climate Action 100+ and the Nez-Zero Asset Owner Alliance.

Central to the different commitments announced by the group in the past year has been the goal to reach net-zero carbon emissions by 2050, Eakins says."One of the areas that really highlights how serious we take [sustainability], is we created a dedicated sustainability committee that sits at a group level and sits alongside our group risk committee, group nominations committee, remuneration committee and our audit committee," he says.

Phoenix is currently running a pilot impact study analysis on what would happen to various of its portfolios if it were to decarbonize them, the results of which Eakins says will be published later this year.

"You cannot apply sustainability as a generic aspiration across all of your asset classes, because it means different things in different asset classes," he says. "For example, monitoring and measuring sustainability in public assets - like corporate bonds and equities - is reasonably straightforward because there's a wealth of information out there that's available. When you move into private market assets, like private debt for example, private equity, infrastructure, venture capital, and so on, it's less comparable." 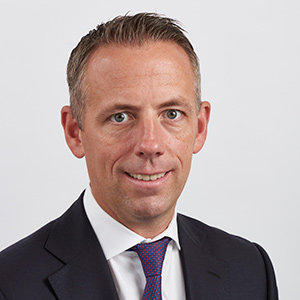 One needs therefore to build up one's own capability, to have sustainability ratings, which is what Phoenix is currently working on for each of the asset classes it is investing in.

There is no two ways to go about it - it's about having a dedicated in-house team and to look at assets on a case-by-case basis. Eakins takes the example of Phoenix's investments in a renewable energy company building a new hydro plant in Scotland.

"How do we get comfortable that the materials they're using are not going to have an environmental issue in 20 or 30 years' time?," he asks. "We'd engage with the company, and really dig into the detail of what they are building, how are they going to build it, how are they going to ensure that they're not going to disrupt local wildlife's local ecosystems and leave an adverse economic footprint in the future."

Although the credit analysis and the ESG analysis are performed separately, Eakins argues that they are linked and, in some cases, can merge into a single investment decision.

And here, he uses the example of Phoenix's decision to not invest in a global building supplier that was producing materials that had been used in the cladding of the Grenfell Tower. The west London tower burnt down in 2017 killing 72 people, in a blaze found to have been fuelled by combustible exterior cladding.

Eakins says there was a clear sustainability driver to not invest in the manufacturer of such a product, but this was one example where sustainability and credit became the same issue. "From an economic perspective we also don't want to be lending to those companies, because they are more likely than not going to be the subject of lawsuits."

Although Phoenix manages some of its £330bn assets in-house, a large chunk of about £250bn is managed by a number of third-party asset managers. The alignment of philosophy between asset owners and asset managers is not always straightforward, and so having full confidence that a manager backs its sustainability words with actions is key.

To have that confidence, Eakins says Phoenix uses two levers of oversight. One is having an internal team of 12 led by head of manager oversight James Mitchell, whose daily job is to oversee relationships with all independent managers.

"Furthermore, we've engaged the external expertise of climate advisory firm Pollination Group to review our oversight of asset managers, and from a sustainability perspective, ascertain if what we're doing is truly best in class," Eakins says.

The Pollination Group highlighted areas of improvement, both for Phoenix and for its asset managers, he continues. For Phoenix, the advisory firm recommended asking its asset managers for data in comparable format. For this, the UK insurer is now onboarding the BlackRock's Aladdin software.

The Pollination Group also recommended that one of Phoenix's managers who invests in real estate screen current holdings for sustainability more often. "Put simply, instead of just getting a sustainability report once every two years from some of the companies they invest in, they should be engaging with them, quarterly."

Beyond the perennial challenge of data, Eakins highlights two more areas, for Phoenix to continue integrating ESG criteria into its investment decisions. One is the uncertainty around regulation as disclosure requirements start to emerge, and doubt about which avenues regulators will decide to explore before the dust settles.

One of the key questions here in the coming years will be the potential introduction of capital charges, either lower charges for green investments, or higher for brown investments, or both.

Eakins doesn't say whether he would prefer punitive or incentivizing charges, but argues that it is "absolutely appropriate that insurers, banks and asset managers hold capital for climate risks - because it's a real risk".

The second challenge is to do with the number of industry initiatives emerging. "Not a week goes by without someone calling us to join a new initiative," Eakins says. "In my view, there are too many groupings, not only in insurance but also in asset management and financial services. We need to get a select few, highly impactful, industry bodies."

It will certainly take a few years for the landscape to be streamlined.

In the meantime, for the next year to two years, Eakins wants Phoenix to focus on two key areas: "Making sure we're able to stress our balance sheet to climate risk, and also coming up with some interim commitments as it relates to being carbon-net-zero by 2050".