In the third and final part of this Insurance Asset Risk/ Royal London Asset Management roundtable, insurers examine how to conceptualise 'net-zero' in economic terms and the consequences for investment decisions.

Ashley Hamilton Claxton: I was really intrigued by Erik's comment at the beginning about using carbon prices. Could you just explain how you're doing that?

Erik Ranberg: It is an experiment, to be honest. It comes from our ambition to be net-zero by 2050, and, within that, to meet a number of interim targets at determinate intervals. With that I'm left with a number of questions: How is net- zero defined? Please tell me if you have an answer! And the next questions are: How are you going to do it? What are the tools you are going to use to really have the right portfolio to go along this path?

So what we are experimenting with at the moment is to use the EU carbon quotas. We are setting up a portfolio that we want to be carbon-price neutral.

So I'm not saying to the manager, don't invest in this or that company, they can invest in any company regardless of its carbon emissions. But if the manager buys a heavy polluter, he has to hedge the carbon risk by buying carbon quotas. In that way, we push up the capital cost of that company.

The manager can tell the company: "it might be that you think that your capital cost is 7.5%, but due to your carbon emissions, and with the carbon prices we have today, your capital cost in my portfolio is 10% [and] I can tell you your competitor has 8%. That's information for you. If you want it or not, I don't care, but this is the situation."

So it is a way to engage, reach carbon neutrality, and do that without using exclusions.

Ashley Hamilton Claxton: Has that changed the fund manager's behaviour?

Erik Ranberg: It's in a very initial phase. So far, we've set it up so that we are now able to trade carbon in our financial portfolio.
What we are dependent on, is to have data as regards different companies' exposure and sensitivity to carbon prices, and that is something we work with a data company think 'forest is good', then the next day, 'not so much'? You have to put it into the economics, the economic drivers for what we are doing. 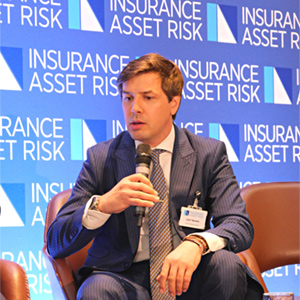 Erik Ranberg: Why are they cutting? That's because we need materials for construction, so that is why ultimately carbon pricing should be a tool.

Thor Abrahamsen: But then, as Erik said, without the politicians on board, we can't do much. And it is easy for them to set rules and guidelines, but when the industry comes to them saying 'we want to help, but we need help to be able to do something' it is almost as if they haven't thought that far ahead.

Erik Ranberg: Yes, but I must say I have some sympathy with them because it is so hard to get the data, and the authorities know we don't have the data and we have to start from scratch.

Vincent Huck: Haven't we reached a stage where there is data? It might not be perfect, but there is enough data to do something about it?

Erik Ranberg: We think so, at least.

Kristofer Dreiman: Well, I think everything is relative. If we compare it to the available data on the liquid side of the portfolios, compared to the illiquid side, they are oceans apart.

Ashley Hamilton Claxton: We've not touched on fixed income, but it's such a different asset class to equities and certainly from private markets as well, and you have to really know what you're actually financing. You're not just giving money to a company you're often financing really specific things and infrastructure and the treatment and use of ESG data is very different, and it's private actors and they're just not regulated to disclose as much.

Thor Abrahamsen: Not to mention sovereign fixed income, which is a large part of an insurance portfolio, That's extremely difficult.

Vincent Huck: How do you address sovereigns, because some insurers say, they don't touch sovereigns because it's out of scope when it comes to sustainable investing?

Thor Abrahamsen: Basically, you're kind of forced to have a core of sovereign bonds in your portfolio through regulations.

But how do you judge one European sovereign versus another one, in terms of ESG?

"I think governments have to take the responsibility and steer the overall agenda. Then within that, we, the private sector, will steer it" Erik Ranberg

Erik Ranberg: Some countries we exclude from our sovereigns, due to human right issues, but in general, I find it very hard to exclude countries from getting finance from us. Because what can you then finance, if you can't finance those who are actually setting your regulations? It wouldn't surprise me, if somebody said that investing into Norway, given the carbon emissions they have, they should have a higher cost of capital investing in that. That could be okay. Saudi Arabia should have a very high cost, for instance. I think we have to get to that level.

Thor Abrahamsen: But again, you need the political incentive. The free market won't do it on its own. 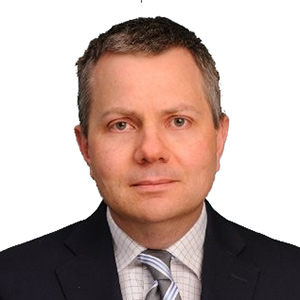 Andrew Epsom: One way of doing that from the insurance perspective is having a differentiation in the capital treatment between 'green' and 'brown' assets in the solvency framework. However, I strongly suspect extending that to sovereigns will be far too political, in terms of having a high capital charge for country X compared to country Y, for example. But that's one potential mechanism for more directly incentivising insurance companies to be looking at more environmentally- sustainable assets.

I'm also not really sure to what extent that's going to get traction, with so much complexity in terms of how you actually assess whether it's a green or brown asset. Also, there could be a big flood of capital to those ones that are treated as 'green' within this type of framework, with implications for pricing and returns.

Do we think it would be a good idea to have that differentiation in terms of the capital treatment, or do we think that's going a step too far in terms of direct financial encouragement to invest in these types of assets?

Lauri Seraste: It's better if we keep the Solvency II regime as a risk-based framework and not make political decisions on what is green and what is brown. Because if we go down the capital treatment route, EIOPA, and other regulators would have to back the fact that one asset is green and one is brown with data, and that data doesn't exist today.

Obviously there could be a political statement saying 'this is green and therefore should have lower capital requirement', but that's politics.

Having said that, transition and physical risks are real, and should be accounted for somehow, and insurers have tools already to assess these risks, but I'm sceptical of using capital charges as a tool.

Vincent Huck: But the devil's advocate argument, Lauri, against what you're saying about regulations being risk-based versus having a political focus, is that capital charges for sovereigns are not fully risk-based? Because under the standard formula, the capital charge is zero for European debt, but, would you rather invest in Italy's sovereign debt or Coca-Cola equity? Which is riskier?

Lauri Seraste: In the European context there will be lots of politics when it comes to regulation, but if there were one wish coming from me, it would be to leave the politics out of Solvency II and focus on risk-based thinking.

Erik Ranberg: I really struggle with the green and the brown question. What we have been much more preoccupied with is how can we, in an efficient way, contribute to bringing companies in the right direction over time?

Vincent Huck: I guess one of the big tools here would be engagement. What makes a good engagement programme or strategy?

Ashley Hamilton Claxton: The industry is professionalising engagement now, which is a good thing. We still need to get much better at setting clear, measurable milestones and objectives for engagement and holding companies accountable to them.

There's a lot of engagement focus on net-zero, and rightly so, but I'm also really conscious that there's a lot of other critical issues facing society at the moment.

So we've got a dedicated member of staff looking at net-zero engagement, but we also have other staff focusing on other ESG issues, which may be much more company specific, particularly with fund managers around specific issuers, or when a new bond comes to market, engaging with the issuer pre-issuance.

Kristofer Dreiman: A lot of investors report on their engagement activities by trumpeting that they've done x-amount of meetings in a year, but not focusing at all on the outcomes of these meetings – which is where the focus should be.

Read the first part of the roundtable here and the second part is available here.