With low interest rates here to stay and a potential end to the credit cycle in sight, insurers discuss how to achieve the balance between risk and returns in part three of this Insurance Asset Risk / Aegon Asset Management roundtable.

Vincent Huck: Are insurers stuck between a rock and a hard place with low interest rates pushing them towards riskier assets, and then there is the question of where we are in the current credit cycle that may call for prudence...

Mike Ashcroft: It is not that the companies are increasing the relative risk they are taking on; there is generally more risk in the market, more assets at BBB.

But you have the 'BBB cliff risk' from a balance sheet perspective, which we are all very aware of. I think most insurers target around about the A- level from an average rating perspective.

Gerard Moerman: There is also less incentive for a company to move from a BBB to single A. As soon as that spread curve corrects or that judgement changes, then there is a bigger incentive, of course.

Mike Ashcroft: Yes, some of things have created more of a risk in the market. If we stay in the low interest rate environment, maybe none of that will be realised. However, it feels that everyone seems to be waiting for something to happen from a credit perspective, but everyone has been waiting for a while now. We are starting to see a small uptick in defaults, if you look at the Moody's default and recovery analysis work, but it is not big at the moment. However, the worry is that it is a sign of something that is coming.

Gerard Moerman: I work more in the Netherlands and the European mainland, so the trends we see as an answer to the low rates are similar things that you mentioned here. Indeed, the first move is more credit risk, followed by a move to more illiquidy risk and complexity risk. Even today, there are a number of categories that are very interesting, also within the investment grade space.

However, how do you deal with that from a UK perspective, because for illiquid or private assets, do you have preference in your own currency? Do you also invest in some of those outside of the UK, so either in the Eurozone or US dollars?

Hayley Rees: Yes, we do; I think most firms do nowadays. The preference is for home currency, but the markets are not deep enough.

Gerard Moerman: What are the types of assets typically?

Daniel Blamont: In fairness, it is easier to get global on infrastructure. Taking over a US CML [commercial mortgage loan] or commercial real estate is quite different in different markets, so it is more bit difficult.

It is a bit more difficult to get the regulator on board, and even if your investment universe is Europe this is understandable, because every market has its own peculiarities.

Prasun Mathur: The one asset class we are not probably investing massive amounts in is RMBS [residential mortgage backed securities], which is a very large market. We will probably continue not investing much in it, as the real-estate market is a crowded asset class already offering lots of longer duration opportunities that we find to be better return on capital (viz. equity release mortgages).

Emily Penn: RMBS is a much more popular asset for insurers on the continent, is it not?

Gerard Moerman: Yes, Dutch mortgages is a very important theme. All the Dutch pension funds are invested right now, but we get a lot of traction, or questions from German investors, French insurance companies, from Belgium and also, now, the Nordics are thinking about them. It is because the yields are still very attractive. Before costs, it is around 2% in euros.

Corrado Pistarino: I think the product is attractive. But you may question whether the solvency capital that you put against these mortgages is sufficient. If you treat Dutch mortgages under the standard formula within the counterparty risk module, you may underestimating the risk that you are taking. While they may prove to be low-volatility assets, the underlying components of risk may exhibit significant anti-correlated behaviour.

Gerard Moerman: Have you seen losses in those?

Corrado Pistarino: It is not a question of losses. It is a question of mark-to-market. Think what happened over the past 12 months. While the 10-year swap rate moved from the +0.60% area down to -0.75%, Dutch mortgages with similar maturity were almost unchanged in valuation terms. That means your liabilities would have significantly increased, while hardly any revaluation would have happened on the asset side.

Gerard Moerman So, it is not losses under category; it is more the correlation with liabilities.

Daniel Blamont: Because if you do not have MA [matching adjustment] you cannot say I don't care about yields, I just care about ratings. You actually need volatile assets to match volatile liabilities (with respect to rates).

Corrado Pistarino: A lot of these illiquid assets have been sold to pension funds as LDI [liability-driven investment] assets; they are not. The spread risk associated to those assets may be significant. I am unclear whether there is a widespread understanding of this dynamic.

Gerard Moerman: Our research shows it also depends a lot on your time in responding. Because, indeed, during last summer you saw bunds going down very quickly. Then Dutch mortgages did not adjust, but they did a month afterwards, so in August/September/October we saw rates of mortgages coming down. There was a bit of a lag in responding.

If you take a long-term horizon and look at it from an annual perspective, you see correlations of mortgages with rates moving up significantly, so on a monthly horizon, it may be only 40% moving up to 80%, 90% on an annual basis. If that is your horizon, and if you feel comfortable, then, of course, the spread becomes very attractive. However, you must be aware of that spread risk certainly versus govvies; it is a bit less versus swaps. But it is clearly there on a short-term horizon, and less so on the long-term horizon.

Corrado Pistarino: It introduces a significant degree of volatility in your balance sheet. I believe this needs to be fully appreciated before an investment is made. Asset concentration magnifies this effect.

Russell Baird: It comes back to the point that as part of a diversified portfolio, there may be added value to be had - given their attractive return on capital based on the fact that Dutch mortgages are covered under the counterparty default risk module, a treatment which results in a relatively low Solvency II capital charge.

However, at those high levels of investment, you have to be aware of the risks that you run.

There is a real thing here for insurance companies, to make sure they still maintain a well-diversified portfolio. This is another element of risk you have to be very comfortable with.

Gerard Moerman: Maybe in terms of risk, actual losses have been very limited for Dutch mortgages, not just with us, but overall. 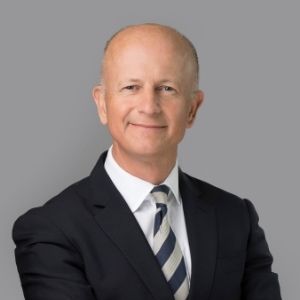 The highest we have seen was 5 bps and the running rate is only 1 bps per year. That comes back to culture - people will pay down their debt. Even if I cannot pay my mortgage, and I have to sell my house or my house is being sold, there is a remaining debt, that stays with me. People still pay it.

In any case, this is not a pitch for a product. I was more curious on what type of strategies you are interested in.

Corrado Pistarino: In general, my preference is for global strategies, rather than single-country exposures. Our customer base is domestic, and therefore our business model is fully exposed to the UK economy. Hence, on the assets side, my preference is to reduce exposure to the UK as much as possible, to better immunise the company's balance sheet against domestic risk.

Gerard Moerman: You would prefer a global solution, but I also meet a lot of insurance companies or bigger pension funds that prefer to have local exposure, because they want to say, 'I want to be in control of investment of, let us say, US versus Europe,' instead of delegating debt to an asset manager.

Mike Ashcroft: A local strategy will be more understandable, because it is the market people are familiar with. There is also a customer expectation as well – what have you told them, what is their expectation?

Corrado Pistarino: The UK is the fifth biggest economy in the world. When you consider alternatives assets in fund format, especially Europe-wide products, there is always a significant exposure to the UK, normally in the 20%-25% area. I am unclear about the wisdom of confining us to UK-centred propositions, in the absence of exogenous constraints.

Prasun Mathur: There are obviously fundamental reasons why people invest in the UK, which is English law and jurisdictional risk, which is typically limited. These legal constructs support investing in UK as an economy, and we give that a lot of importance.

Hayley Rees: Then you have that aspect of not having to have cross-currency [risk], and the hedge is in place, so that is taking away another layer of complexity. But the market is not big enough, so you need to diversify.

Corrado Pistarino: And probably shrinking. Think of the size of the US corporate bond market compared to the UK's. I agree with you on the legal and jurisdictional risks, but there are a lot of non-UK transactions executed under English law. So it is not necessarily the case that if you lend money to a French company, it necessarily has to be subject to the provisions of French law.