In the second part of this Insurance Asset Risk / CSAM roundtable, insurers talk about how the support by financial authorities to prop up credit markets has created opportunities...and risks.

Sarfraz Thind: Looking at the recovery, everybody has mentioned the quick intervention by the Fed and how that bolstered markets as it did in the last financial crisis. But is the Fed intervention something that you welcomed because it solved the problems, or is there a case of moral hazard here?

Brendan White: I think the moral hazard issue is a very real one philosophically. But if the Fed can navigate this and close this book out nicely, I'm willing to be corrected here. In my gut, though, it doesn't feel right. I think one of the key tenets of the capital markets is taking risk, being rewarded for that risk, but also being penalised for that risk when it's inappropriately taken. Even risk taken appropriately can have a bad outcome, and the market participant should shoulder that outcome. So philosophically, it doesn't feel right. But, I'm open to being proven wrong here when this last chapter is written.

Randy Brown: I agree with Brendan. For the last decade that market's really been controlled by fiscal and monetary policy and in each case what we viewed at the time as extraordinary has only become even more extraordinary for the next crisis. So it's very healthy, particularly in the below investment grade market, for you to go through booms and busts, in a sense. It's healthy to have an occasional flush to get some of the weaker credits out of the system. And that has not happened—actually, it has not happened in quite a long time. So keying off a little bit on earlier comment about recalibrating the models, I'm not sure that I personally would recalibrate to the market reaction in the pandemic because if that's the case, then we should take all of our money and buy, for example, triple C minus assets and just load the boat on risk because there's no downside on a portfolio basis. I think if you were to survey everyone in a CIO or a risk function, we were all shocked at how well our portfolios performed in 2020. Take real estate for example -- we had a very high payment rate on our real estate portfolio. In our debt and equity portfolios, almost everyone paid, which is extraordinary. Look at residential mortgages—people had sabbaticals on payments, evictions were paused and things still held up. Or the lack of bankruptcies even in the weaker corporate credits. So, there's definitely a moral hazard here, and the question is, how do you wean yourself from this expectation that someone's always going to be there to catch you? All of this ultimately has to unwind and be paid for.

Todd Hedtke: And the question that I ask on that is, is that eventual unwind bigger, deeper and more painful than it could have been because of all the moral hazard issues? 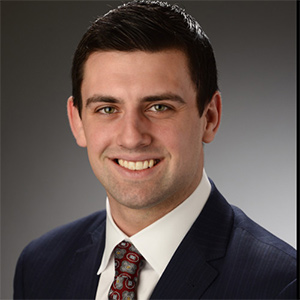 Sean Collins: As Randy was talking about, you want high yield credits to be flushed out at some point. You want that creative destruction. But I think the Fed stepped in and instilled confidence in the market, but it also propped up a market, the investment grade market, which might have been able to access financing anyway. It would have been at higher coupons, but they might have had access to that financing without the Fed stepping in. And now it's creating a distortion that everyone wants to be in a place where they maybe can get the Fed support in the next crisis, which creates a desire to be an investment grade company, but maybe pulls even further at the low qualities of investment grade. What's the incentive to be an A -rated company now? With low rates as long as you are investment grade, the Fed has shown they're going to support that market.

Alex Chan: I completely agree with everything said. Right now, I am a little bit concerned. I agree about the moral hazard point of view. There is a worry, a school of thought, that all of this could come crashing down really quickly, both on the fiscal policy side. That means this national debt-fuelled economic growth, which we've had now under both administrations, but also the Fed balance sheet-fuelled growth or recovery. The Fed balance sheet just crossed a trillion dollars in June. It was $600m in 2008. This is incredible exponential growth. My biggest worry is the unwinding is not as harsh, nor as fast as it should be. The Fed balance sheet grew dramatically in the global financial crisis and stayed there. The Fed didn't take any of the opportunity between 2012 and 2020 to reduce the size of their balance sheet. And here we are having entered the pandemic. They doubled the size of the balance sheet in the pandemic. What's going to happen in the next decade when we are at record heights? That's really the bigger question for me.

Todd Hedtke: What I'm really concerned about is how are they going to tiptoe through this unwind. We saw the taper tantrum a few years ago and what impact that had. We've just grown that problem. And it's going to be fuelled by the inflation topic. But there is probably more longer-term inflation pressures here. They're going to have to do something and are they able to do it? Frankly, I am pretty nervous what the long-term impacts look like here.

Sarfraz Thind: Inflation seems to be one of the topics of the year. What's your take on that? 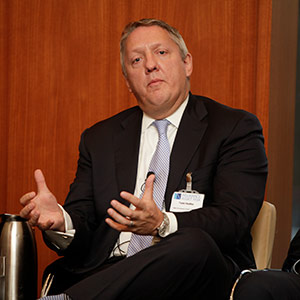 Todd Hedtke: Again, I probably run a little bit more against the grain here. Obviously, most are thinking that this is transitory or a little bit of reflation and then we'll level off. I look at some of the underlying things like Main Street and jobs. And looking across all parts of the job stack from entry-level roles to the highly compensated professionals, all are under wage pressure. I think it was Blackrock that came out with their 8% increase across the board recently. It sounds like inflation to me. I'm thinking that's not transitory. Inflation is not just a maths discussion. As I always say, inflation is about consumer expectations as well. And so you start to build that into the psyche of the consumer. I see it as the risk that maybe the Fed has to act quicker and more harshly than they want to. And then we'll see what happens.

Randy Brown: Todd, I am a bit in your camp. I think there's two things we have to watch. There's inflation and there's the perception of future inflation, which is just as important. You don't need real inflation, you need people to believe that inflation will be higher later to reprice markets. Markets are absolutely priced for perfection. Many of us probably still scratch our heads and look at where the 10-year rate is in the US and we must be missing something, but I'm not sure what.

Brendan White: I always look at this as an upside downside situation. With the ten-year at 1.32%--is there a better chance it's going to be at 1.02% or 1.62%? I'll take 1.62% over 1.02%. I don't think you need to be super bearish on inflation to be moderately bearish on rates. Having said all that, I probably fall a little in between camps. I think that there are some transitory factors right now. But I wonder, if faced with higher prices, we may be less likely to de-globalise and less likely to nearshore because price drives activity. I don't think you need to be in the non-transitory camp to think that rates are going higher. I just think the upside downside for rates is skewed decidedly to the upside.

Xiaowei Han: Frankly, on this particular one, I'm struggling a little bit. I'm kind of in-between. Before I was kind of in the transitory camp. Some prices have gone up materially but the large expenditure categories have not. Maybe when the supply side catches up the price will come back to normal. These seem to support the transitory opinion. But what I struggle with is the labor market. There are a lot of openings and companies are struggling to fill the openings. This makes me pull away from the transitory position, because salaries are sticky. The market in general is interesting. It has been back and forth as well. A few months ago everybody was talking about inflation. But then some people started wondering maybe we don't have enough growth. After a while people come back to inflation again.

Sean Collins: I think we probably aired toward the transitory camp originally and again, just like we just mentioned, we have shifted away from that a little. You look at economists and investors, they try to cut up those metrics as many ways as possible to show we don't have inflation or that we do have inflation. I think every which way you cut it, it looks like there is inflation in this past release. So, it's hard to avoid what that reading is telling you. Then on the labour market there might be this massive shift underway from everything we've seen in the last year. You are constantly hearing that there are openings in leisure and retail and people don't want to take those positions. I wonder how much of that is over the last year, people have rethought where they want to work and how they want to work.
People are trying to figure it out. They were supported by the stimulus cheques so they have the ability to be a little more flexible with their work and that in and of itself will drive some wage inflation if higher wages are needed to pull people back into the basic jobs that we expected prior to the pandemic.

Alex Chan: The bigger question for me is if it comes down into the mid 2%, which I think is very realistic in the next three to six months, that is going to be a real test of how doveish the Fed can be, because they've already told us we're going to let it ride above our 2% target for a while. If we get stuck in this 2.5% level what's the Fed going to do about it?

Brendan White: Yes, how negative can real rates be and for how long? And even if we don't have significantly higher inflation, I don't think we're going to have negative real rates for an extended period of time.

Randy Brown: They have been negative for quite a while. The disequilibrium state cannot exist forever, which is what we're in. Sooner or later, it has to end. Long-term savers, retirees, insurance companies, pension funds are being severely disadvantaged, which is creating another problem, a retirement problem in the developed world. And that's a problem that is going to have to be faced. People will have to live on fixed incomes as the boomers age all across the developed world. That's a real problem.